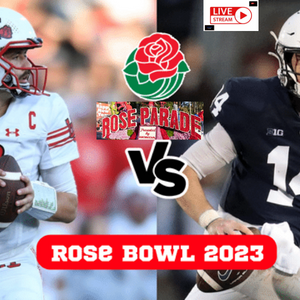 The Rose Parade, also commonly known as the Rose Bowl Parade, is the highlight of the annual Tournament of Roses that greets the new year in Pasadena every year since way back in 1890. The Rose Parade is a lively, loud and colourful parade involving dozens of floats, marching bands and equestrian units, and is watched by a huge audience, both on the city streets and also on televison and online via the increasingly popular and free live stream, which is back once again for the 2023 event, which will be the 134th year this fabulous event has taken place.

This year’s Grand Marshal is Arizona Congresswoman, Gabby Giffords and the theme “Turning the corner” The Rose Bowl college football game, typically starting later on the same day, although sometimes falling on the day before, also forms part of the Tournament or Roses – see how to watch that on TV and online here: Rose Bowl live coverage
Parade Date

As is most common, the Rose Parade usually takes place on 1st January, new year’s day itself, however, for 2023 it is scheduled for the 2nd January from 8am to 12 noon to stay in line with the tradition “Never on a Sunday”
Parade Route

The parade predominantly follows the town’s main street of Colorado Boulevard, where the main grandstands are located. The formation area for participants is in front of Tournament House, and then the start point is at the corner of Green Street and Orange Grove Boulevard. The parade then moves north on Orange Grove before turning onto Colorado Boulevard for the main viewing, then onto Sierra Madre Boulevard before the parade ends at Villa Street.

There are ticketed seating areas available in reserved grandstand areas on the parade route, and you must have a ticket if you wish to sit in the grandstands. Tickets can be reserved via Sharp Seating here.
Rose Parade Lineup

Here is the details of the participants for the 2023 Rose Parade, many more will of course be added in time:

For anyone who can’t make it to the parade, or who just has an interest in seeing a bit of life and colour at a traditionally drab time of year, local TV station KTLA5 will be streaming the parade live online.

Page content by Martin Kerrigan. If you have found the content on this page useful then please feel free to share it with your friends and family, or if you have any information or updates that might be useful for us to add to the page then please contact us